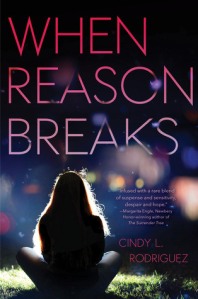 A book of hope, within despair—

Neither one is exempt.

Their teacher — was a poet too—

A fan of Dickinson—

She knew a student was hurting

She thought she knew which one.

In English class they became friends.

Can the girl who needs it, get some help

Before it is too late?

Needs to find her parents and

Fight for her own life.

The Perks of Being a Wallflower by Stephen Chbosky (Acrostic) 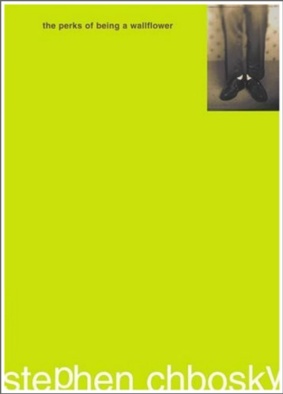 Wallowing in the pain of

Love others and to become

Outcast, and casting out the

This is a Kyrielle poem in response to Sharon Draper’s most recent book Panic (which I began and completed today).

Though people tell of the danger,

Say “Never talk to a stranger”,

It was in public – light of day,

He was professionally dressed,

His intentions kept full at bay,

He portrayed a family-man (blessed)

She didn’t have nary a clue

Of the nasty things he would do,

Or the way the acts he’d display,

He claimed a daughter and a wife,

His evil plan not on display.

She wasn’t concerned for her life,

Changing our lives with

Curveball: The Year I lost my Grip by Jordan Sonnenblick is Pete’s story.  Pete is a freshman in high school, dealing with an injury to his arm that permanently impacts his ability to play his favorite sport – baseball.  While Pete deals with teachers, girls, parents, and how to tell his best buddy AJ about his baseball issue, he is also hiding a secret.  His grandfather is slowly losing his independence as Alzheimer’s takes over his memory and mind.  Of course, all of these painful, awkward threads through the story are written Sonnenblick-style, meaning that you feel like you have a best friend with you, keeping you safe and laughing through the painful moments. Grandpa taught me to watch-

His love of photography,

His love of life.

Grandpa taught me to watch-

He gave me everything-

His love of life,

To see and to remember.

He gave me everything-

His love of photography-

To see and to remember,

The Read-e-ologist
Create a free website or blog at WordPress.com.