You may have noticed that you are not seeing much footage of the mess that is currently Puerto Rico. You may have noticed that you are not reading many Tweets and Facebook messages about the devastation that has happened in Puerto Rico. This does not mean that there is no problem.  In fact, it means we have a HUGE problem.  It means that we’re receiving no communication because they have no power. That’s right. No internet. No phones.  Nothing with which to charge a device.  Nothing to maintain food, sanitation, or even hospitals.  That means that more than 3.5 million people (American citizens, mind you) are trapped on an island that is completely flooded and has no power. 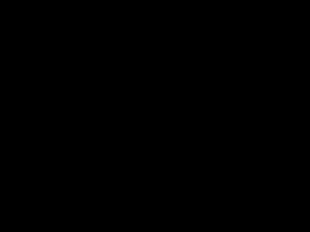 Now, when Florida was ravaged by Hurricane Irma, and Texas was trampled by Hurricane Harvey (both filled with American citizens, just like Puerto Rico), there was a lot of coverage.  Not only did we have news reporters on site, but residents posted their own updates.  People shared photos of their neighbors rescuing others. People posted videos of First Response groups getting children out of cars.  People posted images of nature at its worst and humanity at its best.  Twitter, Instagram, Facebook, and YouTube were filled with updates and we retweeted, liked, shared, and posted the updates.  The people in Puerto Rico can’t post updates.

They have been without power for 2 days.  If we underestimate that each person had been able to post twice per day (Bet you can’t Tweet just one!) on their chosen social media, we would be at 4 posts per person, which is 8,000,000 posts.  We are at least 8 million posts behind on Puerto Rico.  This might be why the news channels are not covering as much. This might be why #PuertoRico is not trending on social media. This might be why the president of the United States has not made his plans to go to Puerto Rico yet. We must speak up for Puerto Rico.  We are 8 million posts behind.  They can not communicate out to us, so we must be a voice for them.  8 million posts is a lot to do, so I would love help.
I will not stop until #PuertoRico is trending on Twitter and the US president makes known his plans to visit and directly address this territory of our nation.

I will be using the following hashtags if you’d like to help get to 8 million posts: